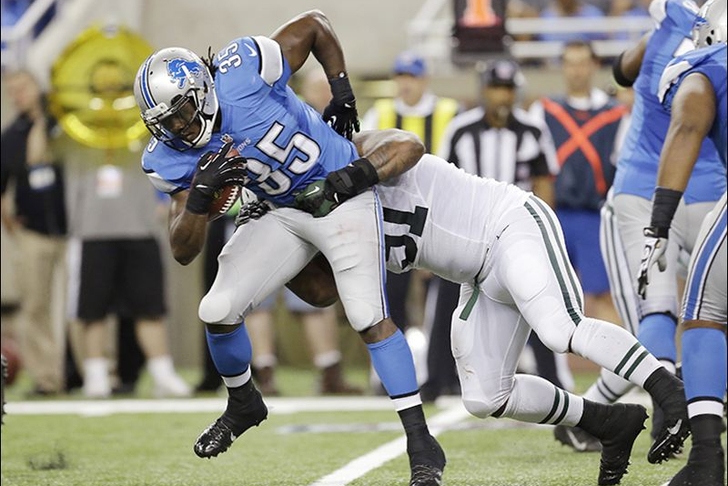 Welcome to Chat Sports' first installment of Start 'Em, Sit 'Em, Stash 'Em. Each week, we’ll give you some help on who to get in and out of your starting lineup, and get you one step closer to hoisting that fantasy trophy.

We're going to be focusing on the guys you drafted later in your draft, or by some miracle, that are still on your waiver wire. There’s no need to worry about the guys you drafted in the first few rounds – you’ll start them week in and week out. This column is geared toward finding you RB 2's and WR 3's to give you top tier production for a week.

Joique Bell, DET RB - With Reggie Bush nursing a knee injury and not looking likely to play this week, I'm looking for a repeat of week 1's performance against the putrid Redskins defense. Even if Bush plays, Detroit will use him sparingly. Add in the fact that Bell is a RB who catches well out of the backfield, and you’re looking at a high end RB 2, low end RB 1, with a good chance to find the end zone.

Bernard Pierce, BAL RB - Any time a player goes down without contact like Rice (hip) did, it's never a good sign. Although going against Houston seems like a bad idea, this is the same defense that gave up double digit points to Ryan Mathews, as well as 96 rushing yards to Chris Johnson.

Sam Bradford, STL QB - A sneaky stat you might not know: Bradford is the No. 5 QB with 55 fantasy points in standard leagues. Going against a Dallas defense that’s allowed 673 passing yards so far, you can look for Bradford to keep his hot streak going. If you need a QB in your league, this is a guy you can probably trade for on the cheap.

T.Y. Hilton, IND WR - This should be the week Hilton solidifies his spot in the starting lineup. After Hilton was targeted just 5 times in week 1, the Colts realized in week 2 that Hilton was their biggest home run threat, and he ended up with 12 targets for 6 catches and 124 yds. San Francisco's secondary is their weakest spot on defense - look for Hilton to capitalize on that.

DeAndre Hopkins, HOU WR - I loved Hopkins coming into his rookie year, and after two games my man crush is stronger than ever. This guy has future superstar write all over him. With Andre Johnson drawing the top corner and Arian Foster keeping the defense honest, look for Hopkins to continue to pad his stats against single coverage. This kid is just getting started!

Sneaky start: Jason Snelling, ATL RB - With Steven Jackson injured, look for Snelling to get his share of carries in addition to all of Atlanta’s goal line carries.

Ahmad Bradshaw, IND RB - With the recent trade for Trent Richardson, look for Bradshaw to take a permanent back seat on the fantasy car. Even if Richardson gets limited carries this week, Bradshaw isn’t worth starting.

Maurice Jones-Drew, JAX RB - A still-not 100% MJD isn't doing his fantasy owners any favors. He currently boasts a meager 2.9 yards per carry, and has only hauled in one catch on the season. Going against Seattle’s stellar defense, you should find a cozy place on the bench for this disappointment.

Cecil Shorts JAX WR - An already-struggling Shorts finds himself in a worst case scenario in week 3. He'll most likely be going up against Seattle’s Richard Sherman. Sherman is a true lock down corner, and should keep Shorts fantasy points closer to zero than 10.

Kenbrell Thompkins, NE WR - If you're one of the people, like me, that fell in love with Thompkins' preseason stats and potential, (not to mention the fact that all-time great Tom Brady is throwing him the ball) this is not the week to try and keep the faith. Coming off two weeks of drops, it won't be any easier this week with a likely match up against Darrelle Revis. I'm not quite ready to give up on Thonpkins, but this week you should be able to do better.

Fred Davis, WAS TE - it looks like Washington is focusing their attention on getting rookie Jordan Reed more involved with the offense. Reed so far has more targets, yards and TDs than Davis - Davis is barely worth owning on a roster.

Isaiah Pead, STL RB - With starter Daryl Richardson nursing an injured foot and a 3.3 yard average, it's only a matter of time until Pead gets his shot. I don't know if Pead will seize the opportunity when it comes, but with the St Louis offense heating up, you’ll want to be the one owning him if he does.

Have your fantasy questions answered on twitter by following me @dynastyrich