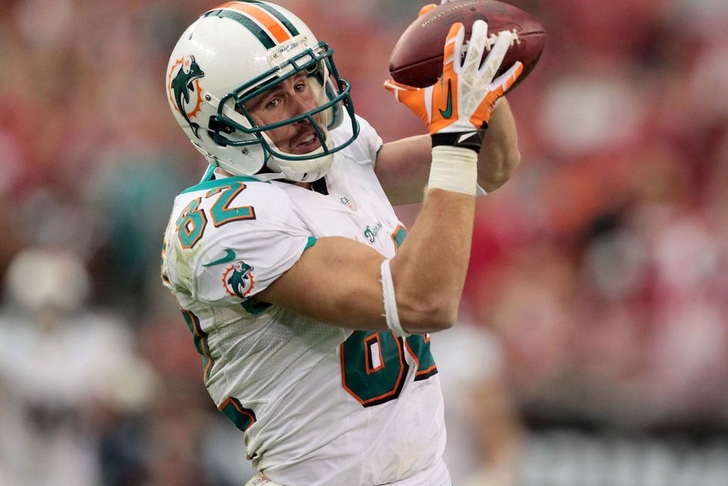 Welcome to Week 4, Chat Sports! We're covering who to start and who to sit - we're always looking for the not-so-obvious guys to put in your lineup who can give you a leg up on the competition. If you took my advice last week, 5 out of 6 guys got you double digit fantasy points.

We’re entering week 4 of the NFL season, bye weeks have begun, and injuries have started to pile up - this is where things start getting a little tougher. Week 4 puts most of us 25% through our season. If you're 1-2 or worse, the wins have to start coming now if you want to make the playoffs. Here are the guys I'm expecting to help you get those important W's:

Jason Snelling, ATL RB - This is a guy I had as a sneaky start last week. Snelling is a must start this week if you need a RB - he put up double digit fantasy points last week, and I'm looking for more of the same this week. He's a big back who catches well out of the backfield, and he should get the yards and goal line carries you need.

Bilal Powell, NYJ RB - With Chris Ivory still injured, I’m looking for Powell to continue his dominance on the fantasy field. Powell, who is averaging 4.3 yards per carry, is 7th in the league right now in rushing yards, and is coming off a 149-yard game last week. He faces a Tennessee defense currently allowing 102 yards per game. Who would've thought 3 weeks ago that Powell would be ahead of Spiller, Foster and Gore? He's making it almost

impossible to keep him out of your lineup.

Brian Hartline, MIA WR - Hartline is quietly putting together a very solid season. On the year he

has 18 catches for 238 yards and 2 touchdowns. He has more catches and yards than Dez Bryant and Reggie Wayne. Look for the Dolphins to throw frequently as they try to keep up with a terrific Saints offense. Hartline should be the main beneficiary.

TY Hilton, IND WR - I have Hilton here again this week. Seeing that he was the only player from

last week’s column not to put up double digit points, I may look crazy, but I’m sticking with him. With just 4 targets last week, the Colts seemed content to run the ball and control the clock. Facing a Jacksonville team that has the potential to go 0-16, (yeah, I said it) I'm thinking this is Hilton's week to shine.

starter in his place. Playing the slot in Detroit’s high octane offense, I see Broyles putting great numbers in a PPR format. This will be Broyles first time to shine since entering the league after suffering an ACL injury.

Stevan Ridley, NE RB - He hasn't rushed for more than 50 yards in a game yet this season, and he's averaging just 3.4 yards a carry, so it's hard to trust Ridley at this point. It's doesn't help that he's now sharing carries with Bolden and the plodding Blount. I was never a big fan of Ridley coming into this year, and he's showing me why. With no TD's on the year, he's facing an Atlanta defense that's allowing the 4th fewest rushing yards, so it's time to hand this guy a ticket to your bench.

CJ Spiller, BUF RB - It seems like no matter what anyone else says, Fred Jackson just refuses to go away. In what seems like a true time share situation, Spiller is failing to live up to all the hype after being a consensus top six pick so far this year. With only a solid week 2 under his belt, he's been no help to your team so far. While it's hard to bench a guy like Spiller, if you have any other decent options, this is the week to test them. This week, Spiller faces a Baltimore defense that hasn't allowed a rushing TD or a 100-yard game by a running back this year.

BenJarvus Green-Ellis, CIN RB - I write this because there's some of you out there still trying ride this donkey like he's a stallion. With Gio starting to play more and more (and very well, I might add), it's looking like this old dog can be sent out to pasture. Facing a stout Cleveland run defense, it doesn't matter how desperate you are for a RB - you can do better.

Eli Manning, NYG QB - Coming off a horrible game, it doesn't look too much better for Eli this week. The Giants' offensive line is horrendous, and Eli is paying the price. This week, he faces a Kansas City defense that has an NFL-leading 15 sacks. Look for Eli to be under duress this week, and his stats will suffer as a result.

Lance Moore, NO WR - Moore has seemingly been completely erased from the Saints offense. With just four catches on the year for a meager 44 yards, it's safe to say that not only do you not want to start him, but you can probably cut him as well. For a guy most people drafted to be their WR 3, he's been a colossal disappointment. Kenny Stills is a better start on this team so far on the year.

Andre Ellington, ARI RB - Ellington is a guy who will only help in a PPR league. If you need a back due to injury or a bye week quick-fix, he's a guy that will get you 6-10 points right now. If the fragile Mendenhall goes down, look for those numbers to grow.