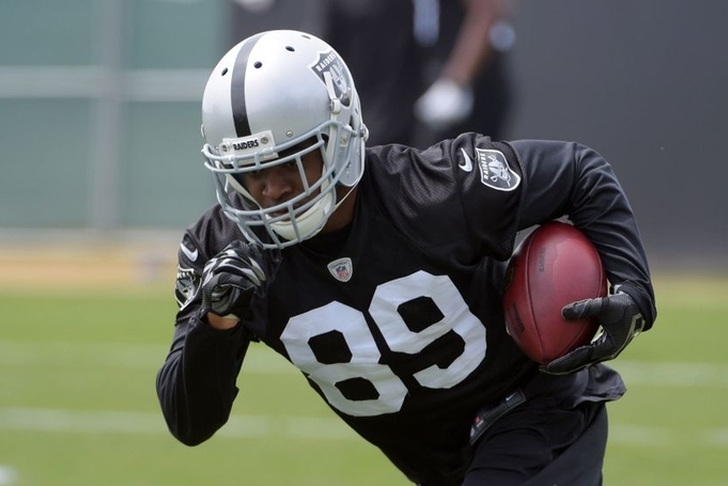 Fantasy Football leagues are lost in the first few rounds of the draft, but what separates the seventh place team from the third place team is what happens in the mid-to-late rounds in the draft. Finding players who are undervalued and getting contributions from them can make the difference between competing for a championship and playing in the consolation bracket.

Rookies are a tough group of players to set expectations for, because we've never seen them play a real NFL game. But, each season at least few of them have big seasons. Based on where they are currently being drafted according to Fantasy Pros, here are the five rookies who could be the steals of your fantasy football draft.

This isn't to say Gordon and Gurley can't have big seasons. However, their current draft position are higher than what it should be. Gordon is going in the fourth round, as the 16th running back off the board. The fourth round is simply too early to consider a rookie a "steal." As for Gurley, he's being taken in the sixth round, while I have him as a seventh rounder. The Rams are going to ease him into the lineup, and he might miss the first few weeks. If you can get him in the seventh round or later, he's a complete steal. But anything earlier is a reach.

The only reason Cooper isn't higher on this list is because it seems everyone expects him to have a big season. He's currently the 19th wide out off the board and is going in the middle of the fifth round. He's worth taking early in the fifth. With that ADP, you can draft him as a flex and watch him play like a WR2.

I know he has been battling a hamstring injury, but so has Devonta Freeman, the other possible Falcons starter. He's currently selected at the end of the ninth round and is the 34th RB off the board. That's behind players such as an injured Arian Foster and backups Gio Bernard, C.J. Spiller and Isaiah Crowell. I have him as my 25th running back and he's worth taking at the start of round seven. Even if he's not a starter for you, he'll make a strong backup.

For fantasy owners, seeing one of your sleepers have a big preseason can actually be a bad thing. Instead having a guy you can wait for because no one else is expecting big things, the sleeper gets more recognition and his ADP rises. That's what has happened to Abdullah this year. He's had a great preseason and seems primed to have a big role. His ADP has steadily risen and will likely continue to rise. He's currently going at the beginning of round eight. However, he'll likely go higher in most drafts since ADP is generally a bit slow to adjust. He's worth taking in round seven. However, don't draft him higher unless he overtakes Joique Bell as the starter.

On average, Yeldon is the 23rd RB off the board, which is about right. However, he's being taken a full round later than he should. He's going at the very end of round six, when he should go at the very end of round five. It's a passing league, which means that running backs become more valuable in fantasy football. Take Yeldon as a backup or a flex and hope he plays like a mid-level RB2 this season.

Agholor might not have the best season of the rookies on this list, but there might not be a better value. He's currently going in the middle of round nine, a full round and a half below where he should. Chip Kelly's Eagles are going to run a ton of plays and Agholor should be the No. 2 wide out this year. That means he'll get plenty of targets. He's had mental mistakes and dropped passes, but has also shown an ability to turn short gains into big ones and get open quickly. Draft him as a backup, give him a few weeks to get adjusted and then, hopefully, watch him play like a WR2.

Follow our Fantasy Football page for all the latest fantasy news and rumors!