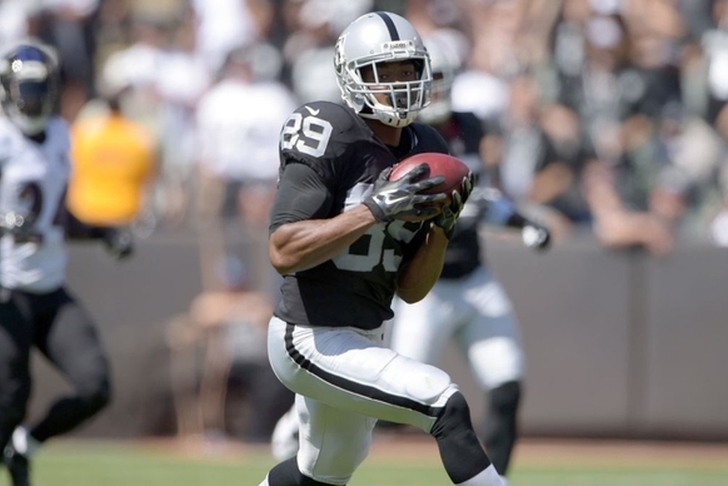 These next four guys aren't players we'd advise you to sit in fantasy football every week. But, we've looked at the matchups for Week 7 and have come to the conclusion that you'd better benching these guys and finding some sleeper plays to slot in instead. Bradford stopped any momentum he had gained in Weeks 4 & 5 dead with a dreadful performance against the New York Giants last week: 280 passing yards, one touchdown, three interceptions and plenty of botched throws. Things will get even worse on Sunday against a Carolina Panthers pass defense that kills traditional pocket passers dead from a fantasy points perspective

Flacco has put up 21 fantasy points or more in four of his last five games, but he's going to struggle on Sunday with Patrick Peterson blanketing Steve Smith -- his only really consistent outside threat this season. The Arizona Cardinals defense feeds off a mistakes, and we'd be shocked if Flacco doesn't throw at least one pick against that secondary. Reports out of Dallas indicate that Christine Michael has been receiving the lion's share of first-team reps in practice, which tells us he'll likely be the starter ahead of Randle and Darren McFadden. With McFadden starting to take over Lance Dunbar's role as the team's receiving back, Randle may even be the third option in the backfield against the New York Giants.

"Verrett's brother Tre works in the Raiders' front office, according to the Chargers official website, and he grew up rooting for Oakland, so this game has special meaning to him," CBS Sports' Jamey Eisenberg wrote this week. "That should provide extra motivation for him to shut down Cooper in this matchup, not that Verrett needs it." Cooper struggled against the Broncos' secondary in the Raiders' last game and we're betting that he'll see some help coverage from San Diego's defensive backs. If you're going to play him, it'll be a borderline WR3 move.