4 Fantasy Football WRs To Pick Up After Week One 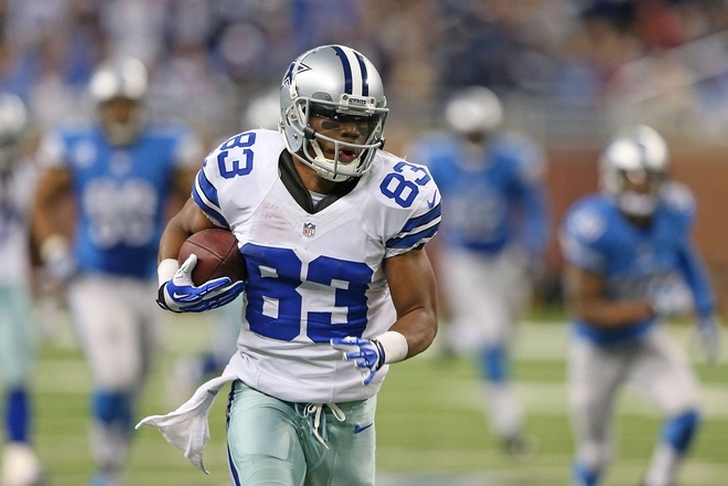 The first week of the fantasy football season is in the books. Whether you won or lost, you’re probably itching to make some waiver wire moves to improve your team. If you’re looking to add some wide receiver depth, there are several players owned in less than 50 percent of leagues worth picking up. Here are four fantasy football wide receivers you should consider signing.

The loss of Dez Bryant for at least a month (and maybe more) hurts Bryant owners, but it’s a big boost for Williams. He’s available in a surprising amount of leagues and is now the Cowboys No. 1 WR. If he hadn’t dropped a few passes, his five catches for 60 yards could have been much more. He’s a must-add this week. He could play like a WR2 while Bryant is hurt.

Jones might not replicate his two touchdown performance from Week 1, but he’s worth picking up. I still expect Randall Cobb and Davante Adams to remain the No. 1 and No. 2 WRs for fantasy purposes, but Jones is worth picking up. At the very least, he’s a quality addition to your bench.

Johnson was worth drafting and his performance in Week 1 only made that more evident. He’s in the Eddie Royal-role in San Diego, which means he’ll catch a lot of passes this season. He’s a flex play in PPR formats and a solid backup in standard leagues.

Anyone who’s owned Harvin in the past knows how difficult he is to trust. There’s a decent chance he doesn’t produce another five catches for 79 yards and a score the rest of the season, but he’s worth taking a flier on. There isn’t much risk signing Harvin and the upside is having him as a flex player for the rest of the season is too good to pass up.