4 Fantasy Football RBs To Pick Up After Week One 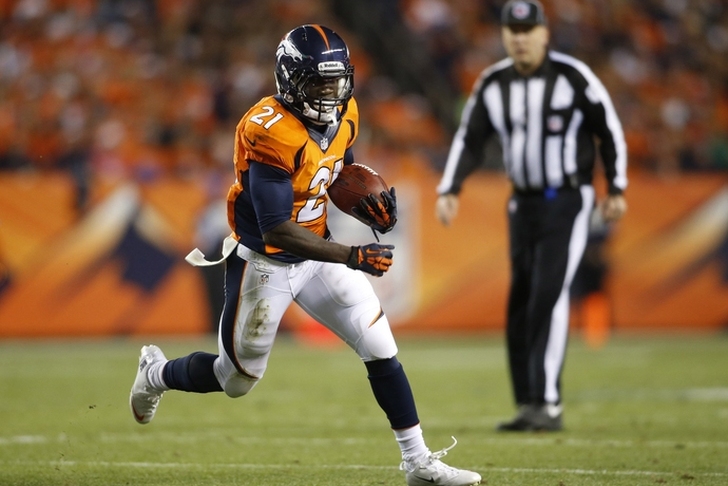 The first week of the fantasy football season is in the books. Whether you won or lost, you’re probably itching to make some waiver wire moves to improve your team. If you’re looking to add some running back depth, there are some players owned in less than 50 percent of leagues worth picking up. Here are four fantasy football running backs you should consider signing.

I have my concerns about the Broncos’ offense, but Hillman should be owned in most leagues. Frankly, I’m surprised that he’s available in such a vast amount. Hillman actually out-produced C.J. Anderson in the opener. Both had 12 carries, but Hillman put up 41 yards to Anderson’s 29. Anderson is still the starter, but Hillman is worth adding.

Playing Bill Belichick Running Back Roulette is a dangerous game. Still, Lewis is worth adding after picking up 69 yards on 15 carries and 51 yards on four catches in the season opener. He was the Patriots’ top back and stayed in the game after fumbling. That’s a good sign, as Belichick has a tendency to bench player who fumble. He’s got added PPR value, as he’s the clear replacement for Shane Vereen. Lewis might not get as many touches once LeGarrette Blount returns, but he’s worth taking a flier on if you need running back help.

Yes, I’m suggesting the player formerly known as CJ2K. It’s been all downhill for Johnson after his 2,000 yard season in 2009, but he’s worth picking up. Andre Ellington is out for a few weeks with a PCL injury and Johnson will take over as the starter. Don’t worry about David Johnson; his only touch was the screen pass he took for a score.

This is a PPR-only pickup. Dunbar didn’t get a single carry for the Cowboys, but caught eight passes for 70 yards. He’ll be the Cowboys’ go-to pass catching back this year. He won’t produces similar numbers all season, but is worth picking up in PPR leagues as a backup.