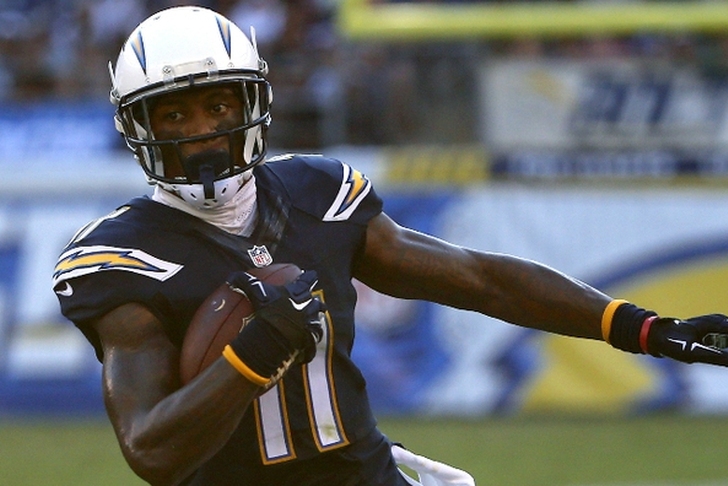 Fantasy Football season is almost here. If you haven't already drafted your fantasy team, you're probably about to do so. NFL rosters are essentially set, and your fantasy roster should be as well. However, if you're looking to make some bench changes, there are some players on the waiver wire worth adding. One note, players must be owned in less than 50 percent of ESPN leagues to qualify. Here are four fantasy football free agents you should consider signing.

Johnson is owned in just 29 percent of leagues, which is too low. Johnson could have a surprise season in San Diego. He's going to take over for Eddie Royal, who had a nice season last year. He's worth having as a WR4 or WR5. He's a must-own in PPR formats.

Hillman was going to be the No. 2 RB in Denver even if Montee Ball was on the roster. Hillman is owned in 47 percent of leagues and that number is rising. He's a handcuff for C.J. Anderson, but is still worth owning in most leagues. If he's still on the waiver wire in your league, he's worth adding.

He's owned in 22 percent of ESPN leagues and that number is rising. Now on Dallas, Michael has a chance to become the team's No. 1 RB at some point this season. He's the big back the team lacked. Michael is worth stashing and waiting for him to get a chance as a starter. He also has touchdown vulture potential.

Now back in Green Bay, Jones' fantasy value has been saved. He's owned in 17 percent of leagues and that number has gone up from almost zero when he was with the Giants. Jones is no longer the same player he was when he scored 12 TDs with the Packers, so don't expect a massive season. Still, he's worth taking a flier on.