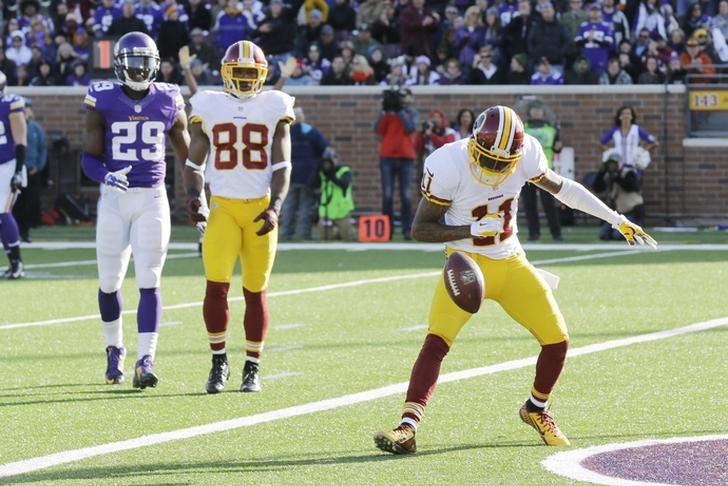 After a great first year with Robert Griffin III, things have not gone well for the Washington Redskins. Maybe that will change in Jay Gruden’s second season. Led by Alfred Morris, Washington has several solid fantasy football players.

Remember RGIII’s rookie year, when he finished fifth among fantasy QBs? It seems so long ago. He’s struggled staying healthy since then and just hasn’t looked like the same QB. The upside (especially on the ground) is still there, but there isn’t any reason to spend a pick on Griffin right now.

His yardage numbers have actually dropped each year, but Morris has still been a top 15 fantasy RB each season. He’s a safe pick and a wise RB2 selection.

A third round pick, Jones is a bruiser who could vulture a few TDs from Morris.

Jackson is one of the best big-play threats in the NFL. However, his lack of consistency and his boom-or-bust nature limits him to being the ideal high-end flex play.

Garcon had a down year, but better QB play could result in him bouncing back.

He’s talented, but Reed has simply been unable to stay healthy. If he could just stay on the field, he could have a big season.

Keep it locked here for all your Fantasy Football needs and Washington Redskins news.