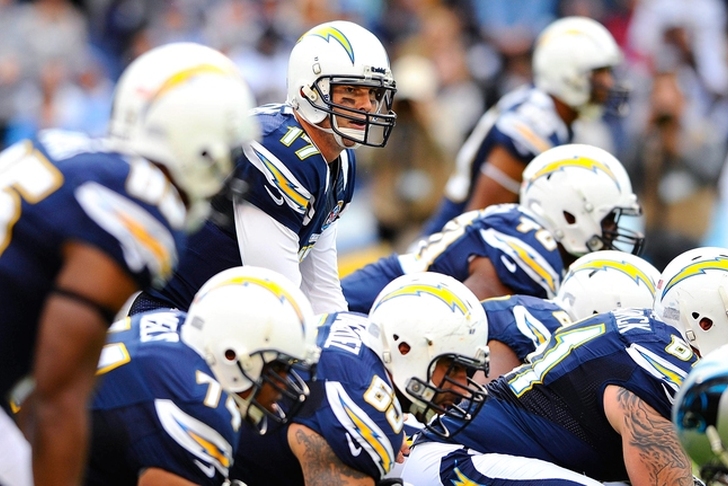 The San Diego Chargers have a solid offense in real life, but it's not as strong from a Fantasy Football perspective. QB Philip Rivers sat just outside the top 10 last year, the running backs split carries amid injury and the wide receivers were nothing spectacular. The best player, relative to the rest the players at his fantasy position, was Antonio Gates. However, he's suspended for the first four games of the year. Rookie Melvin Gordon could have a nice impact and third year WR Keenan Allen is a bounce back candidate.

Rivers finished 12th among fantasy QBs last season. The running game should be better this year, which might help take some of the burden off Rivers. Expect him to finish around 12th again this season.

Gordon might not be as talented as Todd Gurley, but Gordon is in a better situation. It's tough to trust rookies, but he's worth taking as a low-end RB2.

Woodhead missed most of last season, but is still a viable PPR player. However, he doesn't have too much value in standard leagues.

With Gordon in town, Oliver's value takes a major hit. He was 29th among RBs last season, but unless Gordon gets hurt, Oliver should finish much lower.

He struggled before Gordon was drafted. He might not even make the team.

Allen struggled through a sophomore slump last year, but he did have a big 2013. He should be the top target for Rivers this season. I'm expecting a bounce back season. Draft him as a flex and don't be surprised to see him play like a WR2.

He struggled in San Francisco, but Johnson should see more targets in San Diego. He could be a solid backup, especially in PPR leagues.

I'm not expecting much from Floyd this year. Allen should bounce back and Johnson should see plenty of targets. Plus, Floyd is often injured.

With Gates suspended for the first four games, Green will get his shot to be the starter. He's got potential, and I wouldn't be surprised if he takes the starting role from Gates permanently.

Gates surprised me by how well he played last year. However, he's 35 years old and will be suspended the first four games of the season. I don't trust him at all. Avoid him.

Keep it here for all your Fantasy Football needs and San Diego Chargers news.