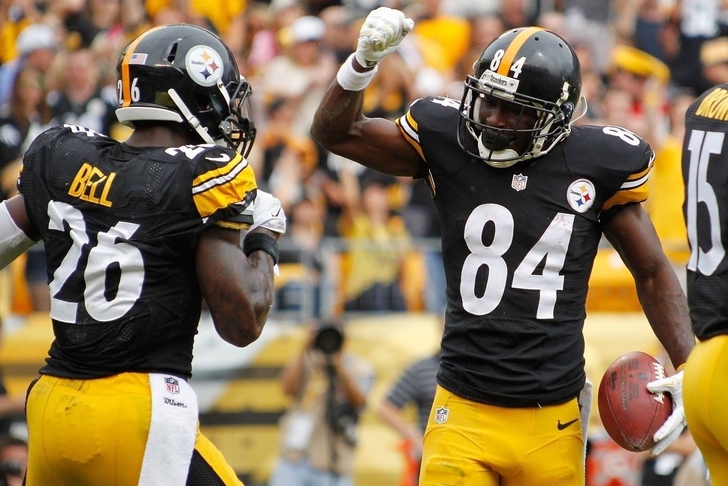 The Pittsburgh Steelers have become more dependent on their offense in recent years. As a result, they've got several stud fantasy football players. Ben Roethlisberger is a strong fantasy QB, while Le'Veon Bell and Antonio Brown are among the best at their positions.

Big Ben finished sixth among fantasy QBs last year, and could finish higher this year. He doesn't appear to be slowing down. There is no reason to reach for Roethlisberger (or any QB for that matter), but snag him if he slips.

Bell had a monster year, finishing second among fantasy RBs. Expect more of the same this year, just in a smaller sample size. Barring an appeal, he's suspended the first three games of the season. He's still worth a first round pick and should be quite helpful if you make the fantasy playoffs. Just be sure to take Bell's backup if you take Bell.

Brown had a stupid good year last season. It'll be hard for him to match the numbers he put up last season, but he's still worth taking. He'll be among the best WR1s this year.

Bryant is the epitome of an inconsistent deep threat. He had some monster games, and some games where he was invisible. He's got great upside, and is the type of player to spend a late pick on. If he develops some consistency, especially in his route running, he could have a huge year.

Bryant's breakout ended up hurting Wheaton's value. He'll be the slot receiver this year, which will limit his upside in non-PPR leagues.

The third round pick out of Auburn, Coates is likely a few years away from having a big fantasy impact.

Miller is Big Ben's safety blanket, and is coming off a Top 12 fantasy season at TE. He's not the type to put up double-digit games regularly, but he's usually good for 5-6 points every game.

Keep it here for all your Fantasy Football needs and Pittsburgh Steelers news.