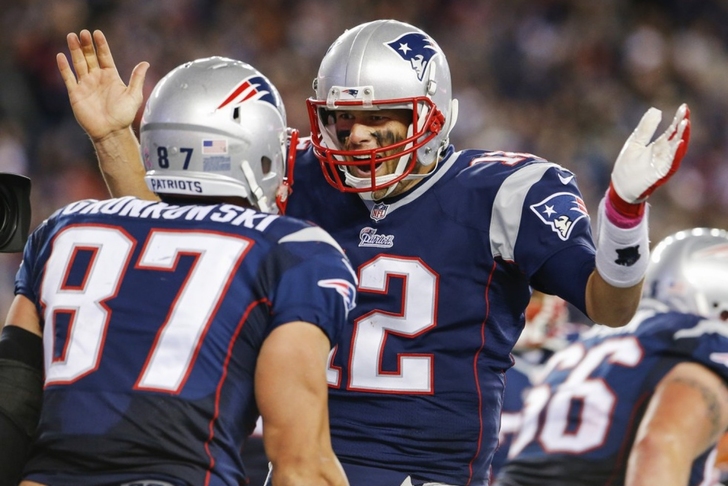 The New England Patriots have a good offense, but lack elite fantasy players outside of Rob Gronkowski. That's because Bill Belichick tends to distribute the ball through the air and on the ground. The end result is several solid, but unspectacular fantasy players.

Brady finished ninth among fantasy QBs last year, but only a few points separated him from seventh or 13th. He should finish around the same range, but only if his suspension is overturned. With so many quarterbacks being worthy of starting, it's tough to justify taking Brady as your only QB.

Blount had some impressive games once he returned to New England. With Shane Vereen and Stevan Ridley elsewhere, Ridley might see more carries. However, he's suspended for the first game and Belchick tends to share the ball in creative ways.

White barely played last season, but the Patriots spent a fourth round pick on him for a reason. He's got some potential in PPR leagues, especially with Vereen in New York. His upside is intriguing. He's someone to watch closely in the preseason.

Cadet was in New Orleans last season and will now compete to replace Vereen as the top pass catcher out of the backfield. His value will mostly be limited to PPR leagues.

Gray had one massive game last year and didn't do much else. He's got some upside, but Blount appears to be ahead of him.

Despite missing two games last year, Edelman was 27th among fantasy wide receivers last year. If he plays a full season, expect him to finish around the Top 20. He gets a bump in PPR leagues too.

LaFell had a surprising season, finishing 22nd among fantasy WRs. I don't think he quite produces at that level again, but he's worth having as a quality backup.

If he can just stay healthy, Amendola is at least worth owning. Like Edelman, he gets a PPR bump.

He's the best fantasy TE and it's not even close.

I'm a bit concerned that Chandler will vulture a few TDs from Gronk. If Gronk gets hurt, sign Chandler as fast as you can.

Keep it here for all your Fantasy Football needs and New England Patriots news.