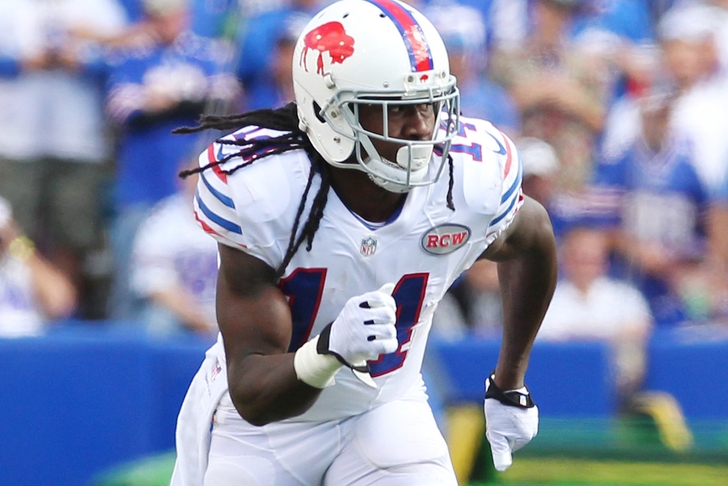 The Buffalo Bills have some impressive pieces, but are held back by poor quarterback play. That same QB issue hurts the Bills' fantasy football value. Whether it's E.J. Manuel, Tyrod Taylor or Matt Cassel, you need to avoid Buffalo's QB. LeSean McCoy and Sammy Watkins are solid, but the lack of a good QB limits them and prevents other players from reaching their fantasy potential.

McCoy has a lot of miles for a 27-year old back. He still finished 12th among fantasy RBs last year, despite not scoring as often as the other top backs. Although the Bills' offensive line is a downgrade from Philadelphia's, McCoy is still worth taking as a low-end RB1 or high-end RB2.

Jackson is the oldest back in the league, and with McCoy in town, he has limited value. Don't be shocked if Bryce Brown or rookie Karlos Williams cuts into Jackson's carries sooner rather than later.

Watkins was 25th among fantasy WRs last year and should perform even better with a full season under his belt. He needs some help from his QB if he wants to reach his WR1 potential. For now, he'll top out as a WR2.

Harvin has had issues staying healthy and a poor QB situation doesn't help him. Let someone else be disappointed by Harvin.

If Buffalo finds a good QB, Woods has intriguing upside. But until that happens, there isn't much reason to draft him.

Clay could be a decent fantasy TE like he was in Miami, but Buffalo's lack of a quarterback ruins that.

Keep it here for all your Fantasy Football needs and Buffalo Bills news.