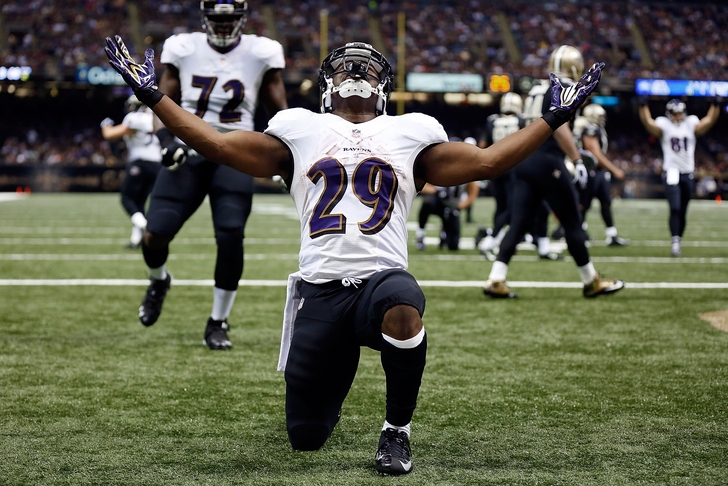 The Baltimore Ravens' offense doesn't scream fantasy football juggernaut at first glance, but they have some quality pieces. The most valuable of those pieces is RB Justin Forsett, something that sounded absurd this time last year. Joe Flacco is a serviceable backup, while Steve Smith is coming off an impressive year. The Ravens' top two picks, Breshad Perriman and Maxx Williams, have long-term intrigue.

Flacco finished 13th among fantasy QBs last year, but he's too inconsistent. Last season was one of his better fantasy years, but I expect him to slip a bit. He's a solid backup or bye week fill-in, but don't expect much more.

Forsett had a breakout season, finishing eight among fantasy RBs. However, there is some reason for concern with Forsett. He'll turn 30 during the season and hasn't had two straight season shouldering the workload before. Still, he's got young legs and is worth drafting as an RB2.

The fourth round pick out of USC, Allen could serve as the third down back. But even in PPR leagues, he has limited value.

Smith was a Top 20 fantasy wide out last season, but I'm expecting a slip in his numbers. He's 36 and not getting any younger. He's worth drafting as a WR3 or WR4.

He's expected to replace Torrey Smith, but Perriman's not ready to match Smith's numbers quite yet. Maybe he reaches those levels at some point during the season, but he needs some time to develop.

Back when he was healthy, Pitta was a serviceable fantasy TE. The problem is, Pitta can't seem to stay healthy. It's best to avoid him until he proves he can avoid injury.

Long-term, Williams has the potential to be a starting fantasy TE. He needs time to develop chemistry with Flacco before he's worth drafting.

Keep it here for all your Fantasy Football needs and Baltimore Ravens news.