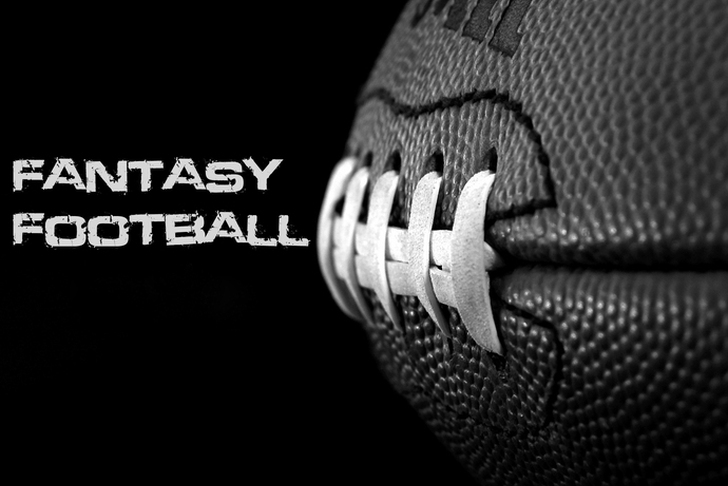 Fantasy Football has become a wildly popular game among NFL fans over the past few years. It's helped grow the game as more and more people join leagues each year. The season will be here before too long, now that Draft and free agency are over. And with a new league year approaching, it's time to take a look at how to improve your fantasy league.

Below are 10 suggestions to help make you league better this year. Not every suggestion needs to be implemented, but even adding one or two could improve the quality of your fantasy league. With that in mind, here are 10 ways to improve your fantasy football league this year.

1. Have The Right People
In fantasy, the quantity and quality of the owners matter. There's a proper range in numbers of owners, which I've found to be somewhere between eight and 14. Any fewer and every team is loaded, while anymore than 14 (which is pushing it) and the teams are too thin. But quality also matters. Most leagues have at least one "Taco" (the guy who lacks effort), but too many careless or clueless owners will drag down the league. So if there's that one guy everyone hates having in the league but he keeps hanging around because no one wants to hurt his feelings: it's okay to remove from the league.

2. Have Fun Determining The Draft Order
Rather than just pick the names out of hat, go in reverse order of last year's standings, or whatever, have some fun figuring out your league's draft order. Try an actual draft lottery system, do a drinking competition or even a skills challenge. Adding some type of event around the draft order can help increase the hype around your draft and get your league excited about a new year of fantasy football. By the way, I prefer owners getting to pick which draft spot they want each year, not just going 1-2-3-etc.

3. Do Your Draft Live
A live draft is simply way better than the short online-only version. Rather than sit in front of a computer screen watching the ESPN / Yahoo / NFL.com draft screen, get together with all your league mates. Order some food, get some beers (if you're old enough!) and enjoy the night. It can be a bit tricky to get everyone's schedules matched up, but it's far more fun to do a live draft and talk trash in-person.

4. Put Money Down
If you're struggling with the Taco of your league and his inability to set his lineup, increase the stakes. Have a buy-in for your league: 10 bucks, 50, whatever. Then have the winner, second place and even third place get some percentage of the pool.

5. Punish The Last Place Team
Ever notice how the teams that don't make the playoffs totally stop trying once they're eliminated, even if it's still the regular season? Here's the way to prevent that: Implement a "Sacko" type punishment. Any number of things or events can qualify as a solid Sacko. It could be the last place team pays more money, they have to do something embarrassing in public, they get the last choice of draft pick in next year's draft or something like re-take the SAT. Whatever it is, you can be sure the bottom-tier teams won't quit over the final few weeks.

6. Add Some Type Of In-Season Money Bonus
Playing off that most recent point, another way to keep league interest up during the season is to have some type of in-season monetary bonus that can be earned each week. The easiest option is the team with the most points gets a certain amount of money (five bucks, 10 bucks, whatever), but there are other options. You could give a bonus to the team with the highest-scoring player or something unusual like highest-scoring kicker.

7. Consider Moving To A Dynasty Or Keeper League
If your fantasy league doesn't have much turnover in terms of owners, moving to a Dynasty or Keeper league is an option. Dynasty leagues feature the same rosters each year, save for the drafting of new players and cuts throughout the season. Keeper leagues allow owners to keep a few players (normally 1-2) each year. But be warned: once you start a dynasty or keeper league (especially dynasty), it's tricky to go back to a re-draft league since the draft strategy changes.

8. Try Tweaking The Scoring
If your league is getting stale, some point changes could provide some new energy. It can be as simple as moving to (or away) from PPR or adding IDPs (Individual Defensive Players). If you want to get really creative, I recommend incorporating punters into your league, though you will need to have flexible league settings to make that work.

9. Use Social Media
Maybe you don't pull off the fake Adam Schefter twitter account which leaks information about various trades in your league (like a league in Matthew Berry's Fantasy Life book did), but social media can help out your league. I recommend setting up a Facebook group for all the league members that acts as a hub for everything short of making roster moves. You can propose rule changes, put players on the block and talk trash all in one spot.

10. Make Sure There's Veto Power (And Use It Properly)
Because some fantasy owners are corrupt, having a veto is a needed element of a successful fantasy league. It can help prevent obvious lopsided trades where there's collusion involved. However, that should be the limit of the veto power, be it in the hands of the commissioner only or via a league-wide vote. It should not be used because one owner made a terrible trade. Fantasy football is not supposed to be communist Russia: only use the veto in cases of obvious collusion, not because someone got traded raped. That's part of fantasy football.