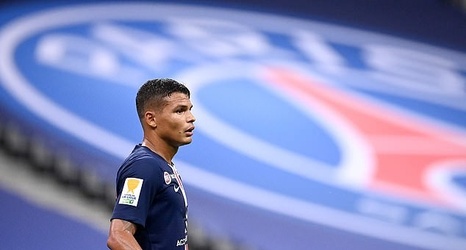 Chelsea have been dealt a transfer blow with Thiago Silva agreeing a £70,000-a-week deal at Fiorentina, according to reports in Italy.

The Blues were linked with a move for the Paris Saint-Germain defender.

With his contract expiring after the Champions League final on Sunday night, the 35-year-old Brazilian could have provided some much-needed experience to Frank Lampard's defence.

But according to Corriere dello Sport, Silva is on his way to Serie A side Fiorentina.

Silva will leave PSG after Sunday's final against Bayern Munich in Lisbon.