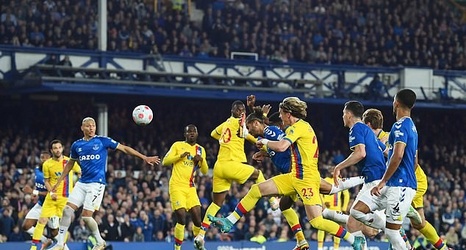 After months of nerve-shredding tension, dread and perhaps even an acceptance that their long, unbroken stint in the top division of English football may be coming to an end, Everton fans can finally breathe easy after their dramatic victory over Crystal Palace.

Frank Lampard's side were two goals down at half-time and faced the possibility of going into the final day of the season with their Premier League status under severe threat.

But then the Toffees launched a rousing comeback as goals from Michael Keane, Richarlison and Dominic Calvert-Lewin in the second half sent Goodison Park into raptures.