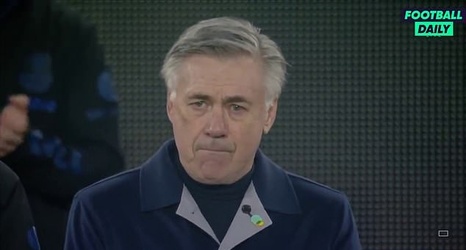 There has been an outpouring of grief following the death of Diego Maradona on Wednesday and Carlo Ancelotti is one of those who holds fond memories of the Argentinian genius.

The tearful Everton manager bowed his head before being overcome with emotion towards the end of the minute's applause before his side's match against Leeds United on Saturday evening.

Ancelotti was an eye-catching midfielder at Roma when Maradona arrived at Napoli in 1984 following a two-year spell with Barcelona.

Roma had just missed out on the title that year, while Napoli clung on to their Serie A status after finishing the season just a point above the relegation zone.