'Pep told me I have to become a manager, so maybe I should!': England captain Steph Houghton on her future, husband Stephen's fight with Motor Neurone Disease and her Olympic hopes 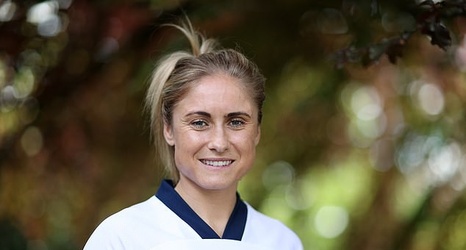 ‘Pep Guardiola wants to see you in his office in 20 minutes,’ the receptionist announced calmly.

At first, Steph Houghton thought it was a wind-up. Guardiola’s team were in the thick of a Premier League season, and four days after thumping Tottenham 3-0 at the Etihad Stadium, were due at Goodison Park for a tricky-looking fixture with Everton.

The Manchester City and England captain had only called into the training centre to pick up a piece of equipment to aid her rehab from an achilles injury.

She was, it is safe to say, not expecting to be called upstairs.