Newcastle target Joao Pedro commits his long-term future to Watford by agreeing a new contract until 2028, ending speculation of a potential January exit after a summer of Premier League interest 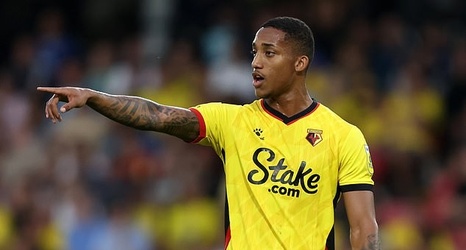 Newcastle target Joao Pedro has committed his future to Championship side Watford by agreeing a new contract until the summer of 2028.

The 20-year-old was linked with numerous Premier League clubs during the summer including the Magpies - but he has now signed a new deal ending speculation of a potential January exit.

The Brazilian has scored 15 goals in 83 games since arriving at Vicarage Road in January 2020, having initially agreed to sign from Fluminense as a youth player more than a year earlier.

Pedro has scored twice and picked up a further two assists in nine Championship games so far this campaign, as the Hornets currently sit 10th in the league table.