MARTIN SAMUEL: The Cristiano Ronaldo spat is a reckoning for Manchester United and Erik ten Hag is caught in the middle. This was always going to happen... they cannot continue down the road of mediocrity 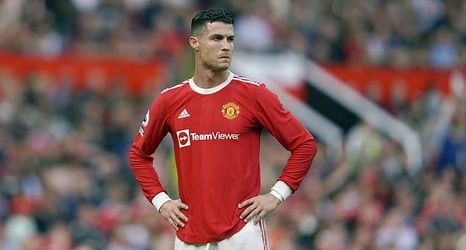 Would Cristiano Ronaldo’s ego permit him to down tools and stop scoring goals for Manchester United?

It is one of the questions Erik ten Hag may be chewing on during his drive to work this week. Ronaldo’s desire to move to a Champions League club is one spat the manager can certainly do without, but it is also one he has to resolve to his satisfaction.

If he wants Ronaldo to stay and the player leaves, the manager appears weak. If he lays down the law and ends up with Ronaldo simply going through the motions that is a disaster for United.