Mark Clattenburg reveals he wasn't allowed to referee at Everton for SEVEN YEARS after his Merseyside derby shocker in 2007: 'I was out of my depth... I had an absolute nightmare' 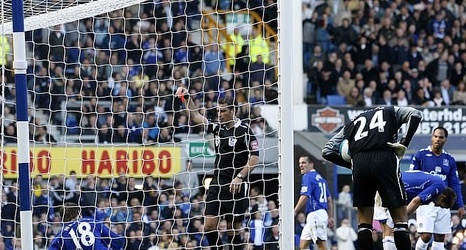 Former Premier League referee Mark Clattenburg has revealed he was not allowed to officiate at Goodison Park for seven years after high-profile errors in a Merseyside derby between Everton and Liverpool in October 2007.

Sportsmail columnist Clattenburg, who was speaking on Jamie Carragher's The Greatest Game podcast, admitted he was 'out of his depth' taking charge of the match shortly after also refereeing Manchester and London derbies.

With Everton 1-0 up, Clattenburg failed to award what he admits now was a 'stonewall' red card for Dirk Kuyt's two-footed lunge on Phil Neville, before sending off Everton duo Tony Hibbert and Neville as he awarded two penalties to Liverpool - which Kuyt converted to give the Reds the lead.