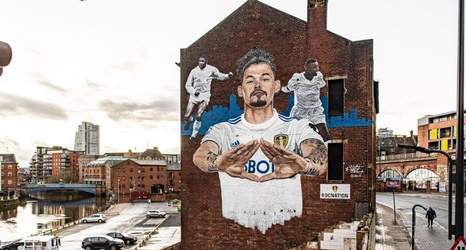 Not long after Leeds United established themselves as one of English football's powerhouses in the early 1970s, then-manager Don Revie engaged in a public relations drive to change the club's image.

In an effort to rid themselves of the tag "Dirty Leeds," which followed the club due to their combative and confrontational style of football, the team tried to engage in a different way by running out at home matches in special tracksuits with their surnames embroidered on the back and autographed sock tags. They formed a line in the centre circle before kickoff, delivering a pre-match salute to all four corners of the ground and kicking plastic footballs into the crowd, all part of a charm offensive designed to give football supporters a more rounded insight into who Leeds were.