Jordan Pickford welcomes threat of 'unbelievable' Aaron Ramsdale to his No 1 spot for England... and goalkeeper insists Euros heartbreak can drive team to World Cup glory 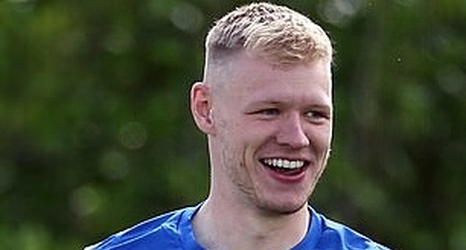 Goalkeeper Jordan Pickford believes England can win the World Cup later this year and feels the Nations League can provide the perfect preparation for Qatar.

The 28-year-old heads into the upcoming international break on the back of helping to keep Everton in the Premier League.

Pickford will be hoping to retain the gloves for England for the four Nations League matches, starting with Saturday's trip to Hungary before facing Germany in Munich and then heading home to play Italy and the reverse tie with the Hungarians at Molineux.

He has 43 England caps and played in the Euro 2020 final defeat to Italy last summer, having also been a key part of the Three Lions side which reached the World Cup semi-finals in Russia three years earlier.