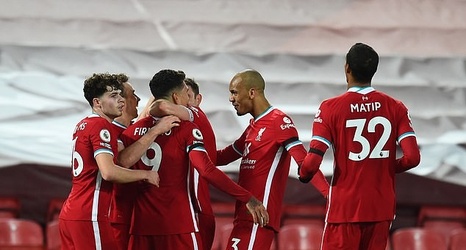 Jamie Carragher believes there is now 'more leadership' within the Liverpool squad and that members of Jurgen Klopp's squad have stepped up in the absence of Virgil van Dijk.

Klopp has also had to contend with injuries to Thiago Alcantara, Joe Gomez, Jordan Henderson, Trent Alexander-Arnold and Mohamed Salah among others in recent weeks.

Despite being ravaged by injuries, Liverpool produced arguably their best performance of the season on Sunday night to thrash Leicester 3-0.