'It was mistake, mistake, mistake': Jose Mourinho blames defensive errors for Tottenham's downfall against Everton as he insists 'attacking football only wins when you don't make more mistakes than you create' 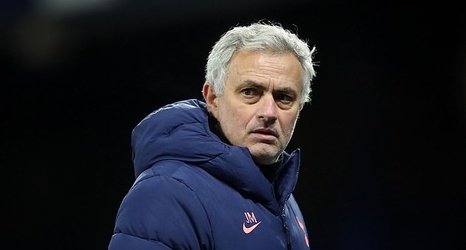 Jose Mourinho criticised Tottenham for their 'defensive mistakes' during their FA Cup clash with Everton.

Carlo Ancelotti's have progressed through to the quarter-final of the Cup after beating Spurs 5-4 at home on Wednesday night.

Mourinho believes Tottenham showed 'great character' and 'created good chances' during the fifth round tie, but insists 'attacking football only wins matches when you don't make more mistakes than you create.'

During the opening 45 minutes at Goodison Park there were five goals, 12 shots on target and an array of sloppy passes.