Ireland Call-Ups For Coleman And McCarthy 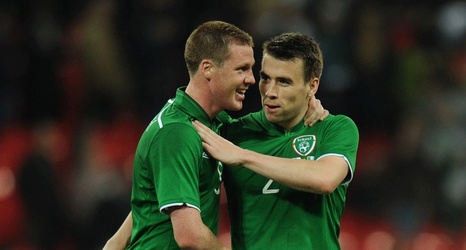 Everton duo Seamus Coleman and James McCarthy have been named in the Republic of Ireland's provisional squad for their European Championship qualifiers against Gibraltar and Georgia later this month.

Captain Coleman will win his 50th cap if he features in either match, while McCarthy will be hoping to add to the 41 appearances he has made for his country.

The final squad for the first fixtures of Mick McCarthy’s second reign as national team boss will be confirmed on Sunday, March 17.

Ireland are then in action in Gibraltar on 23 March before taking on Georgia in Dublin three days later.