'I have to be more ruthless and take the penalty': England star Dominic Calvert-Lewin admits he should have pulled rank as a striker and not given Romania spot kick to Jordan Henderson... after captain stepped up to miss 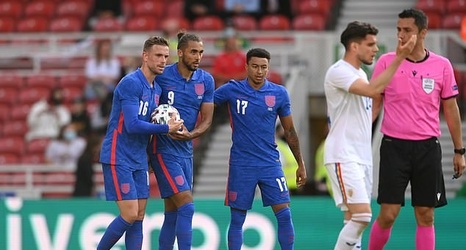 England striker Dominic Calvert-Lewin has vowed to get more ruthless when it comes to asserting himself in the national side and taking penalties when on the field.

Calvert-Lewin was denied a spot kick in the Three Lions' most recent friendly against Romania, after the ball was seized by captain Jordan Henderson.

The Everton man had gone down inside the area and was England's main striker on the field, but gave up spot-kick duties once his skipper asked him to stand aside.

ud83dudde3 "He said he'd not scored for England yet, so he wanted the penalty.