'He's one of the best left-backs in Europe at the moment but we have to manage this': Carlo Ancelotti confident his Everton squad can cope with the absence of Lucas Digne after the Frenchman was ruled out for up to three months with an ankle injury 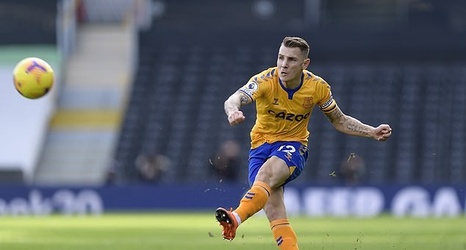 Everton manager Carlo Ancelotti is confident his squad can cope with the loss of left-back Lucas Digne for up to three months.

The France international is to have surgery on Monday on an ankle injury sustained in training this week, leaving the Toffees boss with only the inexperienced Niels Nkounkou as cover.

Nkounkou, a 20-year-old £240,000 summer signing from Marseille, has appeared in just one Premier League match and three Carabao Cup ties so far.

Ancelotti recently switched to a back three with wing-backs which contributed to Everton ending a run of three successive defeats and that may provide him with a medium-term solution if Digne's injury is a worst-case scenario.