Haaland scores on return as Dortmund win at Wolfsburg 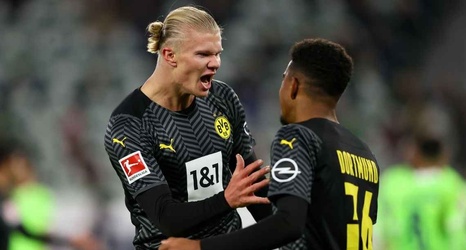 Borussia Dortmund's top striker Erling Haaland scored on his comeback with a second-half volley as his team came from a goal down to beat VfL Wolfsburg 3-1 on Saturday and go provisionally top of the Bundesliga.

Dortmund are on 30 points, two ahead of second-placed Bayern Munich, in action later on Saturday against Arminia Bielefeld. The top two teams in the league face each other next weekend.

The Wolves took a second-minute lead through Wout Weghorst who headed in at the near post to complete a textbook break that had left the Dortmund backline exposed.