Give Alisher Usmanov the BOOT: Premier League rivals urge Everton to sever ties with Russian oligarch who helps to bankroll club and has a close relationship with both their owner Farhad Moshiri and Vladimir Putin 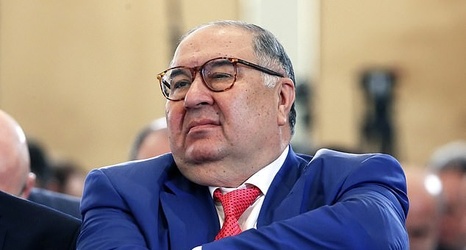 Everton are under pressure from Premier League rivals to cut ties with Russian billionaire Alisher Usmanov, which would lead to doubts about the club’s ability to fund their new stadium.

The Uzbekistan-born businessman has had his assets frozen by the European Union and could soon be sanctioned by the UK government because of his links to Vladimir Putin, but remains a major financial backer of Everton due to his close relationship with owner Farhad Moshiri.

The chances of Usmanov severing his links with the club appear slim after he defended himself of any wrongdoing on Tuesday night.