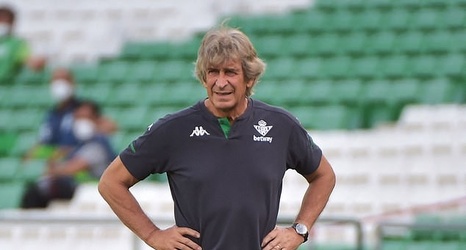 Manuel Pellegrini has emerged as another potential Everton target as they search for a new coach to replace Carlo Ancelotti.

The former Manchester City and Real Madrid manager has been contacted by intermediaries after a surprising sixth-place finish in Spain with Betis last year.

Everton’s major shareholder Farhad Moshiri spoke to Pellegrini in 2016 when he was looking for a replacement for Roberto Martinez.

The Chilean coach took over at Betis at the start of last season and with only keeper Claudio Bravo and free-transfer centre-back Victor Ruiz brought in during the summer they picked up 20 more points than in the previous campaign and finished in the European places.