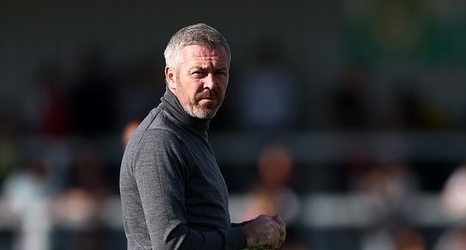 Willie Kirk has left his role as manager of Everton Women after a disappointing start to the season.

After a promising summer transfer window, which included deals for club record signing Hanna Bennison and England international Toni Duggan, the Toffees were expected to be competing at the top of the table.

But a tough set of opening fixtures brought back-to-back 4-0 defeats against Manchester City and Chelsea, with the latter result drawing criticism on Twitter from commercial director Savar Ismailov.

Kirk’s side responded with victories over Birmingham and Reading but a 3-0 defeat by Arsenal followed by a 5-1 thrashing against a weakened Man City side in the Continental Cup this week proved to be the Scot’s last fixtures in charge.