Everton winger Bernard 'set for Goodison Park exit as he enters talks with UAE clubs over a summer move' with the Toffees looking to cash in on the Brazilian, who is in the final year of his deal 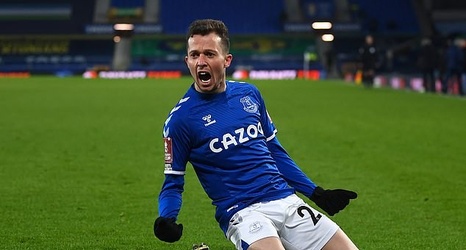 Everton forward Bernard is reportedly ready to bring the curtain down on his time at Goodison Park and is in talks with several clubs from the United Arab Emirates over a summer move.

Now in the final year of his deal, Everton are ready to cash-in on the player they signed for free in 2018, with UAE side Sharjah one of the club's interested in Bernard, according to The Athletic.