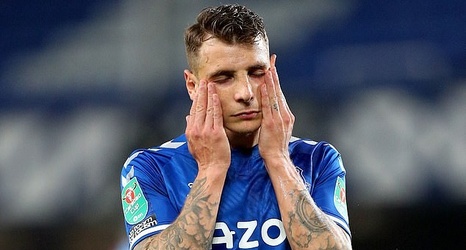 Everton defender Lucas Digne is facing a potentially lengthy spell on the sidelines after sustaining an ankle injury in training.

The club are awaiting a full diagnosis on the severity of the problem, it is understood, with the concern being he may require surgery.

Reports in his homeland have claimed the France left back could be out for two months.

Digne has missed only five Premier League matches since he joined the club in the summer of 2018 from Barcelona for £18million.

Meanwhile, Everton midfielder Andre Gomes admits he is still trying to get back to full fitness after his horrific fracture dislocation to his right ankle 12 months ago.