Everton set to seal £18m move for Ukraine left-back Vitaliy Mykolenko from Dinamo Kiev... as club's rift with Lucas Digne drags on amid reports the Toffees are ready to sell Frenchman 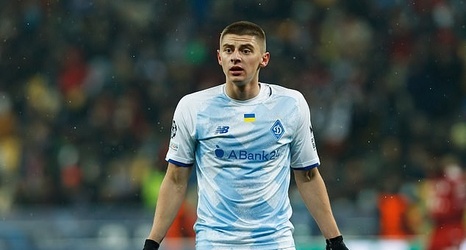 Sportsmail understands that Everton are set to pay Dinamo around £18million for the 22-year-old left-back, who has turned out 21 times for the national side.

Mykolenko played five out of six games for Dinamo in their unsuccessful Champions League group stage campaign and started all four of Ukraine's games at Euro 2020, where his side went out at the last-16 stage after being trounced 4-0 by England.

His arrival comes just as Everton are in the midst of a stand off with Lucas Digne.