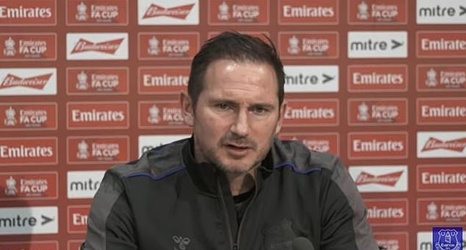 Chelsea legend Frank Lampard has refused to respond to reports that Roman Abramovich has put the club up for sale in the wake of Russia's invasion of Ukraine.

The Everton boss made 648 appearances for the Blues before going on to manage them, and he was asked about the future of the club as Abramovich looks to sell for a huge fee in the region of £3billion.

Despite his close connection with the club, Lampard replied: 'I'm not at Chelsea anymore. I had absolute support in my time as a player and a manager.