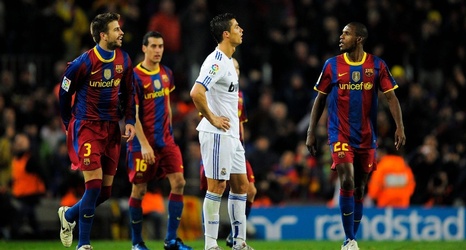 On Nov. 29, 2010, Pep Guardiola's Barcelona subjected Jose Mourinho and his Real Madrid side to a record 5-0 defeat in El Clasico. The build-up to the game was dominated by the subplot of the world's two best players, Lionel Messi and Cristiano Ronaldo, facing off against each other, but in the end it was incredibly one-sided.

Real Madrid were top of La Liga, seven games unbeaten, and they had just handed out a 6-1 defeat to Racing Santander.