AHEAD OF THE GAME: Everton future in the balance for technical director Marcel Brands... while the proposed takeover of Southampton has been delayed by their excellent form 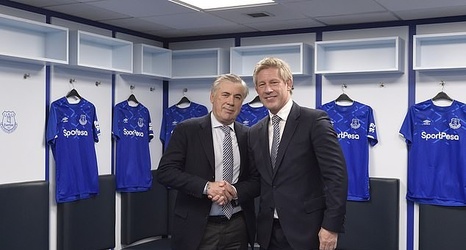 The 58-year-old Dutchman has not been offered an extension to a contract that expires next summer and has been told that any talks over a new deal will have to wait until after the January transfer window.

Brands’ fate is likely to hinge largely on his relationship with Everton manager Carlo Ancelotti, whose influence over transfers has grown during his year at the club.