Youth shines for Aces in loss at Murray State 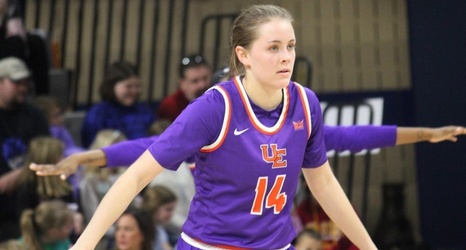 Box Score MURRAY, Ky. - In its season opener, the University of Evansville women's basketball team was led by its underclassmen in an 84-61 loss to Murray State on Tuesday evening in Murray, Ky.

In all, 35 of Evansville's 61 points were scored by underclassmen with freshman Rylie Stephens leading the way with 14 points, while adding seven boards. Stephens 14 points mark the fourth-straight season opener in which a newcomer has led Evansville in scoring as the Fairland, Ind. native went 6-of-9 from the floor on the evening. Joining Stephens in double figures was sophomore Abby Feit, who finished with 10 points and five rebounds.