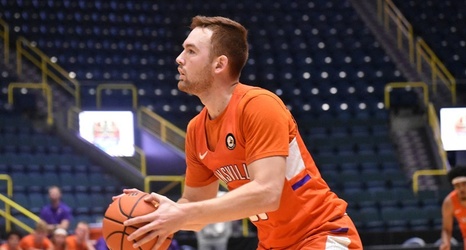 Newton recorded the first double-double of his Purple Aces (2-6) career, finishing with 19 points and a career-high 10 rebounds. Smith was just behind with 16 points while adding three triples. Akron (3-3) saw Ali Ali lead all scorers with 20 points on a 6-for-8 shooting day that saw him convert all four 3-point attempts. Box Score (PDF) Akron hit two early 3-pointers to open the game while Evansville got on the board when Antoine Smith Jr.