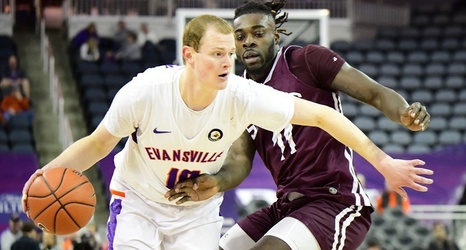 EVANSVILLE, Ind. – Non-conference play resumes on Saturday when the University of Evansville men's basketball team welcomes Tennessee Tech to the Ford Center for a 1 p.m. contest. ESPN3 and the Purple Aces Radio Network will have the coverage.

Last Time Out
- It was a tale of two halves in Wednesday's Missouri Valley Conference opener that saw the Purple Aces drop a 54-52 decision against Southern Illinois
- UE trailed by 17 in the first half but rallied to tie the game in the final minute before a last-second shot gave the Salukis the win
- For the second game in a row, Shamar Givance reset his career scoring high, tallying 31 points

Two in a Row
- Three days after scoring what was a career mark of 26 points at Eastern Illinois, Shamar Givance went off for 31 versus SIU
- Givance was 11-for-16 from the field while hitting a pair of triples and 7 free throws
- Averaging 28.