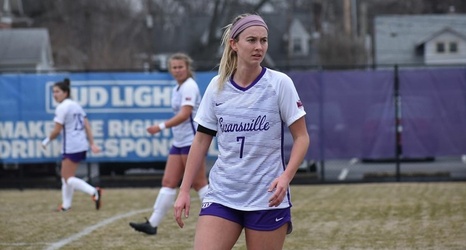 CEDAR FALLS, Iowa - In its MVC opener, the University of Evansville women's soccer team unleashed an impressive attack in the second half, earning a 2-0 win on the road at UNI on Friday afternoon in Cedar Falls, Iowa.

Senior Abby Phelps was the catalyst to the Aces offensive surge in the second half, scoring twice, after entering the contest without a goal in her collegiate career. Between the posts, it was the 15th shutout of Michaela Till's career, pushing the fifth-year senior into sole possession of third in the record books in career saves.