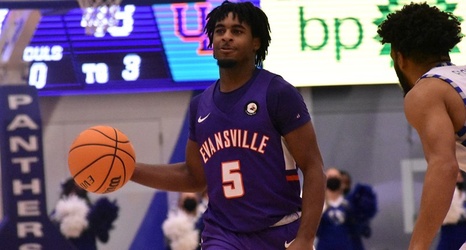 CHARLESTON, Ill. – Shamar Givance recorded a career-high 26 points while the University of Evansville men's basketball team led from start to finish in a 70-54 road win at Eastern Illinois on Sunday inside Lantz Arena.

Givance posted a 10-of-13 day from the field and converted three of his four outside tries. His stat line also included 5 assists, 5 steals and 5 rebounds. Just four days after recording the first double-double of his UE (3-6) career, Jawaun Newton made it two in a row, finishing with 13 points while setting a new career mark with 12 caroms.