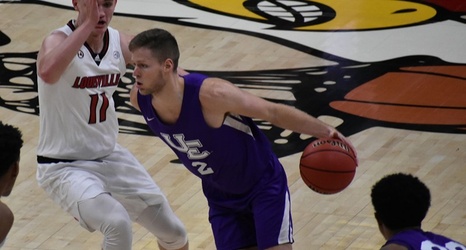 EVANSVILLE, Ind. – In its final contest before opening up the home slate, the University of Evansville men's basketball squad will travel to UT Martin on Wednesday for a 7 p.m. game. ESPN+ and the Purple Aces Radio Network will have the broadcast.

Setting the Scene
- UE makes its first trip to UT Martin since 2006 in what is sure to be a somber scene
- The Skyhawks open the season with heavy hearts following the passing of head coach Anthony Stewart in November
- Evansville looks to continue the improvement it made between its first and second games in Louisville
- After shooting 29.