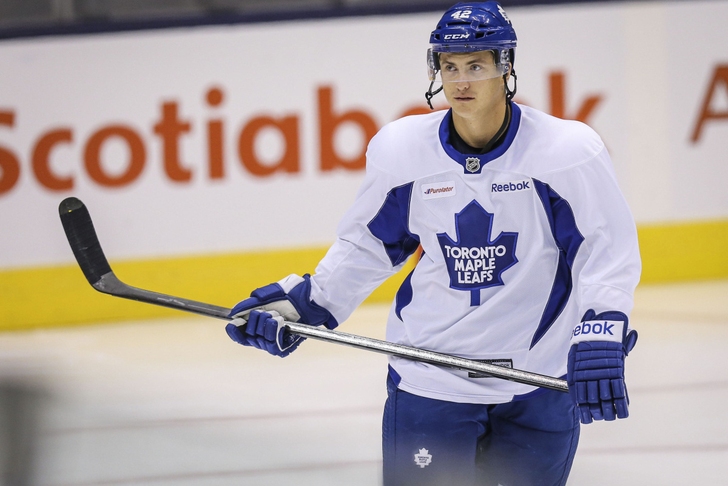 The Toronto Maple Leafs are dangling center Tyler Bozak in trade talks prior to Monday's NHL trade deadline, and the Edmonton Oilers are one team that is reportedly interested.

Here's the report from hockey blog The Fourth Period:

There appears to be a considerable amount of interest in Toronto Maple Leaf center Tyler Bozak, who is being dangled as the trade deadline quickly approaches. Bozak, 28, has three years left on his contract beyond this season, with an annual salary cap hit of $4.2 million. Several teams have reportedly expressed some level of interest in Bozak, including the Colorado Avalanche, New York Rangers and Edmonton Oilers.”

A longtime nemesis of the more analytically inclined Toronto Maple Leafs fans, Bozak his three years left to go on his current contract at $4.2 million. With the Oilers having plenty of their own expensive contracts both coming and on hand, a deal for Bozak seems counterproductive - especially with the fact that the Leafs have been outshot by seven attempts per 60 minues that Bozak has been on the ice.

And there's also Bozak's controversial Michael Jackson Halloween costume to shake your head at as well...