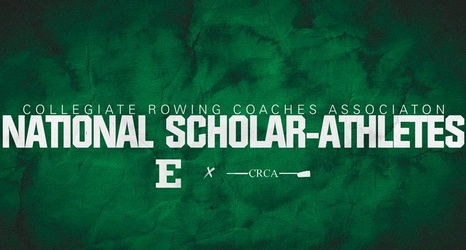 To be considered for the honor, a student-athlete must maintain a 3.5 grade point average (GPA) or higher, be in their sophomore year-or-later, and have rowed in one of their institution's NCAA or IRA eligible boats for 75 percent of the spring races or the regional conference event.