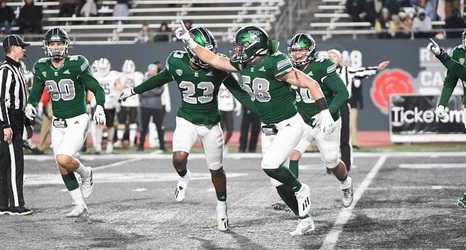 YPSILANTI, Mich. (EMUEagles.com) -- The Eastern Michigan University football team picked up its seventh win of the year with a win over in-state rival and Mid-American Conference rival Western Michigan in comeback-fashion, 22-21, inside "The Factory" at Rynearson Stadium, Nov. 16.

With the victory, the Eagles improved to 7-4 on the year and 4-3 in Mid-American Conference play. Prior to this year's squad, only 14 teams in the 130-year history of EMU Football had finished with seven or more wins. In addition, only two teams had done it in the 21st century; they have both been coached by Chris Creighton.