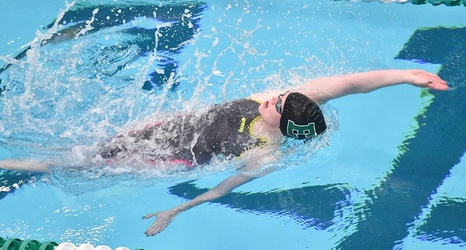 Starting the day with the preliminaries, Eastern qualified three swimmers to the championship finals and two to the consolation finals.

Senior Riley Hofmann (Ada, Mich.-Forest Hills Central) swam a personal-best 4:20.17 in the preliminaries for the 400 IM, finishing fourth overall to lock in her appearance in the championship final.