Down to the Wire, Men’s Basketball Edges Western Michigan 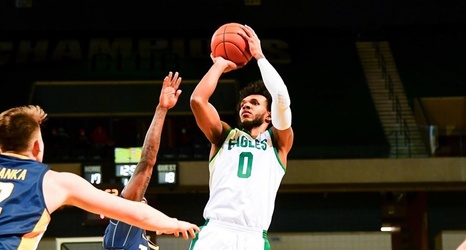 With a two-point lead and under 20 seconds on the clock, the Eastern Michigan (6-12, 3-11 MAC) defense needed one stop to finish off its in-state rival and secure victory in the only meeting between the two squads this season. Although an Eastern defender was able to get a hand in the face of Western Michigan's (5-16, 4-12 MAC) Greg Lee, the disruption wasn't enough, as he nailed a 17-foot jumped to knot that game at 63-apiece with under 10 seconds to play.