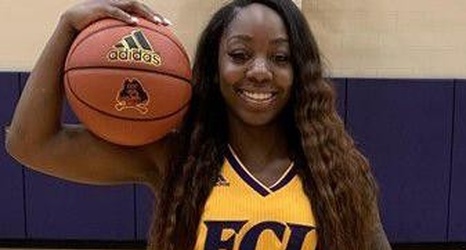 Guard Sierra DeCosta is one of the five newly signed recruits coach McNeal has added to the roster for the 2019-2020 season.

This upcoming spring will be Kim McNeil’s first season as the East Carolina University women’s basketball head coach. McNeil’s inaugural season may not begin until the spring semester, but she has already started recruiting players in preparation for the 2019-2020 season.

Announced at a press conference on June 12, McNeil has recruited five women that have officially signed to play for ECU women’s basketball’s upcoming season.